THE PARTY EVERYONE CAN JOIN IN AND EVERYONE CAN ENJOY!
BARN DANCE SQUARE DANCE  CEILIDH  HOE DOWN  TWMPATH  CONTRA 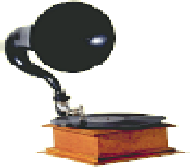 An Irish Ceili would, of course, be to Irish music. It has its own style and is often faster than other folk music.

When it comes to modern square dancing the music range is much wider. Square dancing reached its peak in the United Kingdom in the 1950’s both the dancers and callers have been asking for different music. They did not want to remain stereo typed to one sort of music. There is now a lot of popular music that has been in the charts over the years which has been adapted to be used for square dancing.

If you want a 40’s Night then you can enjoy an evening of the music that was popular during the 1940 period.

If you have barn dance with a mixture of types of dance the music will reflect the dances. Mostly a selection of Jigs and Reels from around Britain. I often throw in one or two modern pieces of music as it always surprises people that old dances can work with new music.